The Whitechapel Gallery launched a one night arts and performance event which circumnavigated the local area and linked up with Sculpture in the City. “Nocturnal Creatures” * diverse line up of artists and performers utilised notable local spaces, to present, perform and display art, installations and happenings. 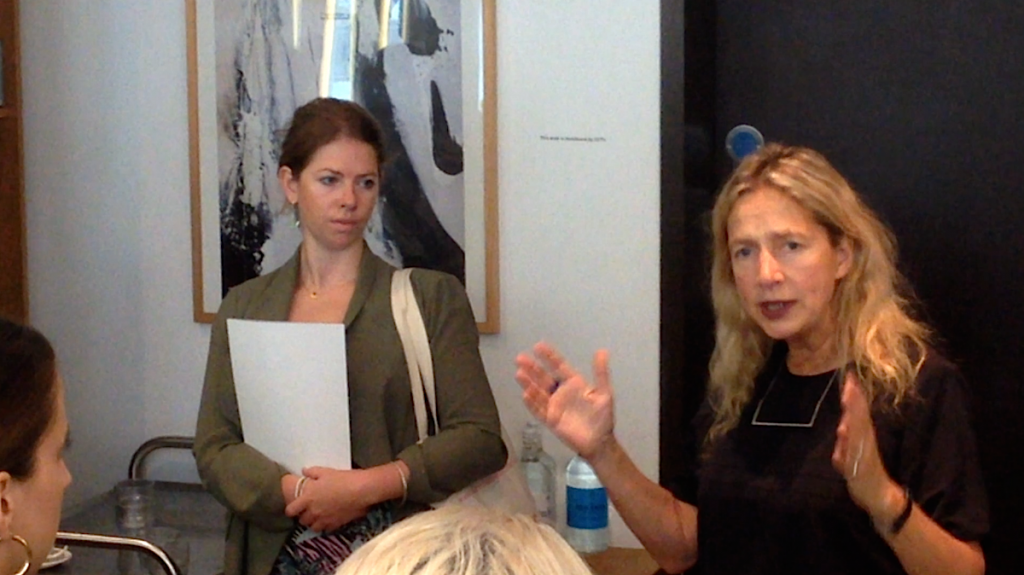 Emma Smith created a sound work in the historic the Whitechapel Bell Foundry which paid homage to historic bells from around the world by bringing together their unique sounds into a newly composed score.

It was fascinating to be in the ‘presence’ of bells big and small, hearing their unique sounds and reading their history was fascinating. The closure of the old Bell Foundry in Whitechapel high street is a tragedy. No longer seeing through the open doors when passing by the workshop bells being made and hearing the sound of the industry is a massive loss – not only as an industry but as a special flavour in the area.

What a cheek to name this building in Aldgate East as the Whitechapel Centre… this ‘smart’ business environment and cool lifestyle hosted the contemporary approach to dance and music – Whether the tap dancer/drummer Clarence “Scoby” Stroman (1932 – 1996) who was a performer since the age of 5 would have approved of this placement is questionable?

In the back streets of Whitechapel the old ’Wash house’ and former home of The Women’s Library housed Abigail Reynolds Lost Libraries. A work which visually documented historical libraries that were located along the ‘Silk Road’ trading routes – many of which, over the centuries, had been destroyed by political conflict, natural catastrophe, revolution, and war.

The placement of this installation was interesting, older locals would have known this building as a wash house and later politically correct generations with posh washing machines would have known it as the Women’s Library. The public wash house culture was over taken by a more affluent residents and the Women’s Library evaporated through lack of public funding – similarities to the history of the Silk Road…?

Further on the discovery of a Masonic Lodge located in Liverpool Streets ANDAZ Hotel hosted artist Tabita Rezaire’s immersive and seductive video installation raising themes of race, gender and the legacies of colonialism within the context of a masonic temple.

Other events included operatic interventions by Ruth Ewan in The Bell and Golden Heart public houses, a ‘Queer’ stroll through the city’s alleyways, streets, public squares to see murals and installations and sound works, including Graeme Miller’s On Air (2012) presented at St Botolph’s church, which formed part of Sculpture in the City festival.

I was a bit confused by the “Queer’ Stroll which was ‘policed’ by uniformed security guards…. It didn’t seem very queer but maybe I missed the bit where all would be revealed …? Although Guillaume Vandame, who led the stroll, was a very engaging performance artist, I gave up on this long trek so’s I wouldn’t miss seeing some of the other events and works on show.

Graeme Miller’s On Air was relaxing, good to sit down after the long stroll… a good opportunity to sit in Church listening to an ongoing  description of what was happening outside in the Street…. A sort of listening to God’s musings and wondering if there would be any thunderbolts?

I saw some Sari’s hanging out ‘to dry’ between  lampposts in an alley-way deep into ‘Ripper’ country ….? They were ravelled and unravelled – still can’t figure out what this was all about – but everyone was very polite and moved on. In another corporate city square there was a sculpture of a trousered man with his head shrouded in a bag standing in the pose of ‘David’  and punctuating hidden spaces… some sound works and unexpected objects. The Nocturnal Creatures project with Sculpture in the City all added up to a pleasant way to spend an evening strolling around this part of London.

‘Nocturnal Creatures’ was a curiously ephemeral event. There was a lot to see (and miss) in an impossibly short space of time…

Welcome to the 9th Edition of Sculpture In The City