This is the last of ‘The War of Aggression’ sculptures I began in 2003 as a response to the illegal invasion and occupation of Iraq.
Sixteen years later and the carnage, the suffering and displacement of millions of people has never ended. My sculptures during this time attempted to give a voice to the victims who could no longer speak out.
But despite everything the West has done to Iraq, there remains a grass- roots resistance that we at home never hear about, one that actively, non- violently struggles to resist oppressive forces and refuses to be ‘pacified’ by decades of imperialist domination. In ‘Collateral Damage’ I seek to express that spirit. I have attempted to convey the mother’s defiance despite her unspeakable grief, a refusal against all odds to be a victim.
For all the destruction wreaked on their beautiful civilisation, the Iraqis have rebuilt, and they will rebuild again. 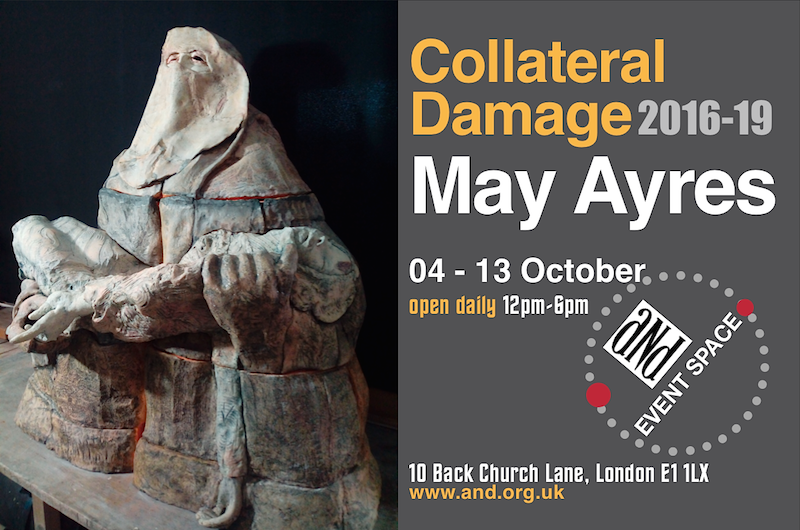